Cine-Ween: A Buyer’s Guide to Your Perfect Halloween Pet

You’re alone, creeping quietly through a graveyard when… no, wait. You’re in a haunted house, and suddenly, from behind the curtain… Actually, this time you’re in your own home, but now your family member is possessed! On the other hand, maybe you were bitten and you’re just not healing the way you should be…

Well who can’t relate to all that? What you’ll quickly realize, however, is that all those and so many more scenarios can be improved, if not outright solved, by having a furry (or feathered, or scaly) friend by your side. Think about it: From Muffin, the lovable prankster dog in Friday the 13th Part 2 to Nanook, the vampire-sensitive Alaskan Malamute in The Lost Boys to every black cat that’s crossed a path on screen, pets have been an intrinsic part of the genre, aiding in the survival⁠ – or otherwise – of the human characters. Still, some are more, say, helpful than others, so here’s a quickie guide to some of the best of the best. Don’t you deserve the best friend you can get on what’s very likely to be your last day on Earth?

St. Bernards are the Bluto-like party dudes of the canine species (Source: The Beethoven motion picture series, which stressed authenticity above all else) but when you get rabies in the body of a giant, exuberant dog, you’re taking on a fresh batch of challenges.

Weakness: Very, very slobbery both pre- and post-rabies infection. After rabies, you have lots of pus, madness, and a thirst for blood that can only be sated with… well, blood.

Verdict: Not worth it. Kibble is expensive enough already, but having to constantly move towns so no one catches on to the fact that your dog is an infected murderbeast is even more costly. Also, controversial opinion ahead: The part of the movie that takes place before Cujo goes Full Cujo is pretty dang slow and mostly a family drama. If things are only fun when you’re locked in a car, fearing for your life from a rabid dog in the middle of nowhere, I just think you could plan your summer vacation a little more sensibly.

Indisputably one of horror’s most famous cats, Church unsurprisingly sprang from the mind of Stephen King, long a champion of housepets being active in their roles in the horror landscape. Hell, this list is lousy with them!

Strengths: Exceedingly fluffy, kids love him, inspires the owner to go the extra mile to keep him in the family’s life.

Weaknesses: Absolutely will not stay out of the goddamned road, and sometimes they come back… and become incredibly violent while smelling like death.

Verdict: Church is the kind of pet that will drive you crazy, but it won’t matter because he’s the exact kind of animal your young child will absolutely adore, and you’ll be trapped with it forever. Stick with turtles until your kid’s old enough to change their litter themselves, then they can deal with the graves and the shovels and the cursed reanimation on their own.

German Shepards have a shady and storied history when it comes to the cinema landscape. Usually cop dogs, Bad Moon shows that their loyal and analytical traits can be better used to keep werewolves and phony insurance jerks in line.

Strengths: Firm and effective with door-to-door salesmen, well-trained, looks super badass and scary in nightmares, and most importantly, he earns the name “Thor” by being a brave little toaster against a werewolf.

Weaknesses: If you’re personally dealing with the difficulties of recently becoming a werewolf, you may find that you’ll have trouble relaxing around Thor. Flopsies should also look elsewhere.

Verdict: One of the strongest contenders, especially if you live in the Pacific Northwest of America. He’s a young, strong, brave doggy that doesn’t let nepotism and being owned by Dennis the Menace cloud his judgment.

While their time on screen was short, the adorable little birds from Freddy’s Revenge star in one of the film’s most memorable scenes⁠—which is saying a lot for this gonzo sequel.

Strengths: Attractive, mostly quiet, work as proverbial “canaries in a coal mine” when it comes to alerting everyone to Freddy Krueger’s increasing powers into the conscious world.

Verdict: Dicey, but as long as it’s not “bird rabies or that cheap birdseed you give them,” you should be pretty happy with these spirited, feathered little doom messengers.

A real trailblazer, this pet works its way through every story in an anthology and even stars in the final chapter. Upstaging Drew Barrymore at the height of her cute child actress years is no easy task, so this isn’t the place to look if you want some slacker cat.

Weaknesses: Either attracts bad luck or is drawn to it like a magnet; either way, that’s a long day for you. They also got abused at Quitters, Inc., so one of your first duties as its owner will be getting vengeance on a sadistic corporation.

Verdict: This is my personal #1 pick. Even people who hate cats have to admit that this little guy has gumption, style, and a true sense of adventure. A survivor, fighter, and lover, this is the pet you want in your arms as you face down ghosts, ghouls, goblins, or James Woods.

I love monkeys, and capuchin monkeys are some of the world’s finest lil’ guys. Still, the area of specially trained animals that help those in need is kind of a grey area when it comes to labeling them a “pet,” so let’s acknowledge that I’m fudging the rules a bit because, seriously, monkeys rule.

Weaknesses: Listen, is it Ella’s fault that some weird sliced frozen brain experiment was injected into her? Absolutely not. So the ensuing murder and horror are technically not on her. That said, things do get a bit emotionally heated, possessive, and bloody.

Verdict: Helper monkeys are a gift, so as long as you make sure yours isn’t from a friend who’s a little too lax with how they experiment and field test their science projects, you’ll be absolutely fine and might even end up in more of a family-friendly comedy scenario. It’s a win-win!

It’s October: Some pets are gonna pop in through the doggy door of the thin veil between worlds, and they deserve just as much of your consideration when it comes to adoption.

Strengths: Cute, cuddly, compact enough to secret away at work, prone to doing its own cosplay (which is both adorable AND takes the guilt off you trying to dress it up against its will), dances, seems to have pretty solid taste in pop culture.

Weaknesses: If you aren’t constantly vigilant, one lil’ snugglepuss can provide an army of slimy, destructive gremlins. Sure, that sounds fun, but imagine the expense! Also, there’s a good chance you’ll get one that sounds like Howie Mandel, so if you’re not a fan, keep that top of mind.

Verdict: Show your mogwai Singin’ in the Rain, conveniently leave a tiny raincoat and hat nearby, and you should be good on the water issue. Keep the popple on a strict Greenwich Mean Time diet, and you’ll enjoy an adorable furry pal for a few weeks until an unforeseen minuscule accident will start the cycle anew. Hey, life’s short! 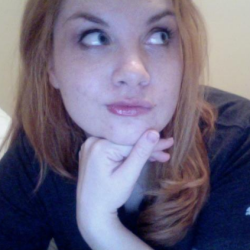 Stephanie Crawford is a writer, editor, and podcaster whose work can be found at https://scrawford.typepad.com/

Liked it? Take a second to support us on Patreon!